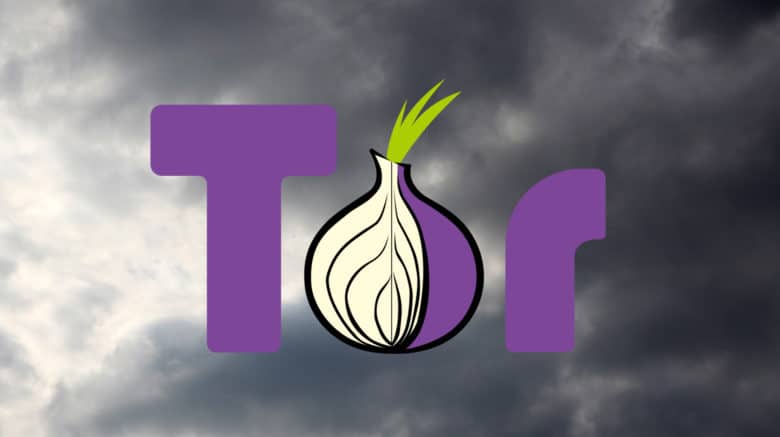 It’s an open secret that the battle against illegal sexual images of minors will never be won through surveillance and censorship, for as long as tools to circumvent surveillance and censorship exist. The Tor browser is an example of such a tool. It allows users to browse the Internet without being tracked or identified. But it also provides access to a network of websites on the Tor network, many of which aren’t available anywhere else, that are effectively insulated from censorship. (You might have heard these described as part of the “dark web”.)

The circulation of sexual photographs and videos of minors causes victims to suffer guilt, shame, and ongoing vulnerability to the infringement of their privacy as adults, in addition to the physical and emotional harm often done during the production of these materials. There is no excuse for adults to produce or share such materials. Stopping people from seeking them out and sharing them on the Tor network has been a priority for Prostasia Foundation since our formation in 2018, when we commenced our successful CSAM campaign targeting Tor network users who appear to be seeking information about child abuse websites.

But our CP campaign is about dissuading people from accessing child abuse materials on the Tor network, not about shutting the network down. For a long time, the child protection establishment took the same position. In 2016, ECPAT acknowledged that “TOR has legitimate uses for users who want to maintain privacy; circumvent censorship; or protect themselves from repressive regimes or targeted monitoring.” This however seems to be shifting, with major figures in the child protection establishment now suggesting that Tor—or at least its ability to host censorship-resistant websites—should be regarded as a failed technology and discontinued. Are they right?

One obvious problem with any proposal to eliminate the Tor network is that halting work on Tor would not make the technology disappear. The source code of the project is open, and although withdrawing it as a supported product might dissuade a few casual users from using it, it certainly wouldn’t stop criminals from doing so, nor from using similar technologies such as Freenet or I2P. Even if all of these technologies were also banned, the same basic encryption technology lies at the heart of ordinary business-grade VPN (virtual private networks) software that are supported by all standard desktop operating systems and phones.

Authoritarian countries such as China have limited the use of VPNs and other secure communications tools. However United Nations experts and major human rights groups have made it clear that blanket bans on these technologies are not a permissible restriction on freedom of expression and privacy under international human rights law.

These technical and legal obstacles haven’t dissuaded democratic governments, supported by their allied major child protection groups, from openly pushing for a de facto ban on secure encryption in consumer products. In the United States the proposal takes the shape of a bill intended to make Internet companies legally responsible for child abuse images if they don’t comply with best practices imposed by a regulator. The United Kingdom government has a similar proposal, expected to be released this week, imposing a broad duty of care on platforms, with their executives being held personally responsible if their companies don’t meet this standard. In both cases, the best practices or duty of care are expected to include limitations on end-to-end encrypted messaging. We’ll be writing more about both proposals in a future article.

Such a new statutory duty of care would support and give legal weight to recent demands to Facebook, led by the UK government-linked child protection group NSPCC, that Facebook abandon its plans to unify its messaging services on Messenger, Instagram, and WhatsApp, to bring them all up to the same standard of end-to-end security that WhatsApp already provides. In October last year, we joined over a hundred other human rights groups and experts in rejecting such calls, arguing that “default end-to-end security will provide a substantial boon to worldwide communications freedom, to public safety, and to democratic values.”

Does the good outweigh the harm?

When your frame of reference for dealing with the problem of child sexual abuse is criminal justice focused, it’s easy to see the misuse of encrypted communications by child abusers as intolerable, and to assume that a ban on secure, end-to-end encryption technologies such as those of the Tor Project must be the answer. But as explained above, such a ban faces insurmountable obstacles, both from a technical and from a human rights standpoint.

Criminal justice approaches do have their place, and have been effective at addressing the misuse of the Tor network by child abusers. Major Tor network site takedowns have resulted from the use of traditional investigative techniques such as undercover work, tracing of Bitcoin transactions, and the exploitation of security holes in website software. Indeed, the continued availability of such targeted investigative techniques against Tor network users led the same authors who called Tor a “failed experiment” to cite in evidence that it isn’t secure enough, because it “provides a false sense of security.”

The other major point made by the authors of that article, whose work has been funded by the Department of Justice, was that websites hosted on the Tor network “cause enormous and continual harm to victims of sexual abuse,” and that we may be “overestimating the benefits of these technologies.” But to address an imbalance of costs and benefits by looking only at reducing the costs is to miss the other half of the picture. We also need to look at how we can leverage the strengths of the network for greater good.

Using the Tor network for prevention

In 1996, an activist named Carolyn Downes formed an online Child Protection Society with the aim of addressing child abuse on the early Internet. At that time, the Internet was seen in a similar way to how the Tor network is seen now—new, mainly used by nerds and weirdos, and ungovernable. In those days, the equivalent of Tor child abuse websites were Usenet newsgroups such as alt.binaries.pictures.erotica.children.

In a message to one such newsgroup archived by this early activist, one poster aired the then-popular view that “There are no laws governing the Internet. The only restrictions as to posting and content are left to the Internet Service Providers which carry the newsgroups.” But inklings of self-awareness could also be found: another poster asked, “how do you justify the fact that sex with the very young is abuse?” and suggested “I think we all should question ourselves once in a while, just to help keep things in perspective.”

Today, those who are drawn towards the use of child abuse imagery ask similar questions, both on the Tor network and on the “clear web”—the ordinary open Internet. But what answers are they receiving? It depends where they turn. The first place that many people turn, before resorting to the Tor network, is to ordinary social media sites such as Twitter. On these sites, the dominant ideology, even among those who have a sexual interest in minors, is that child sexual abuse is illegal and wrong, and that those who seek out abuse images should get support to stop. This is partly a reflection of Twitter’s zero-tolerance approach to the promotion or glorification of abuse. But it’s also because the majority of those who self-identify on Twitter as being minor-attracted appear to have internalized these non-offending, anti-contact values, with the support of professionals who engage with them there.

Such is not true to the same extent on the Tor network. Despite attempts by professionals to cultivate a presence there, and despite the existence of a number of text-only message boards and social networks, the distorted views of offenders too often go unchallenged. When Christoffer Rahm from the Swedish prevention and research project Priotab attempted to recruit participants for his study on Tor child abuse communities, his outreach was rebuffed on suspicion that he was a law enforcement agent. What we’ve learned from Twitter is that target communities won’t listen to untrusted outsiders—but they do listen to their peers. If even a few people are led to reflect on their distorted thoughts and behavior, discourse will begin to turn in a more positive direction. Gradually more and more people will be persuaded to choose a non-offending path and to seek help if they need it.

Apart from being a place to reach out to offenders and to challenge their views and behavior, the Tor network offers a safe space for other stigmatized groups such as survivors of child sexual abuse, who are often revictimized online through victim-blaming messages and stigma. As the Tor Project explains it, “Because some people in survivors’ communities embrace stigma instead of compassion, seeking support from fellow victims requires privacy-preserving technology.” Preventing sexual harm doesn’t just include preventing offending, it also includes addressing the harms of sexual stigma. The best place in which we can do that is a truly private, anonymous space where survivors can speak freely, without fear of censorship, exposure, or retribution.

The authors of the “failed technology” paper claim that Tor network websites “bring together communities of perpetrators, allowing them to train each other and normalize their criminal behaviors.” But this is a choice—it’s our choice. If we relegate the Tor network to criminals, which will be the inevitable result of banning it, the voices of criminals are the only ones that will be heard there. That’s exactly why it’s vital that we ensure that voices of reason and moderation are also heard on the Tor network.

The more that platforms police speech about child sexual abuse online, the more users will be driven to uncensored and anonymous spaces to express themselves about such topics, in ways that are both good and bad. Most of these people won’t be abusers, but well-meaning and innocent people who are over-censored on the clear web, including fans and creators, researchers and clinicians, sex workers, kinksters,survivors, and those seeking support to avoid offending or reoffending.

As an organization that supports the speech rights of all of these groups, we have done our small part to support them by putting our own web forum onto the Tor network this month. We’re also raising money to establish dedicated secure and anonymous fora on the Tor network dedicated solely to the prevention of offending, maintained in partnership with mental health professionals with expertise in sexual paraphilias. As we write in our concept note:

The project will have zero tolerance for the promotion of offending behavior, or for the sharing of unlawful or inappropriate imagery or links. By leveraging the Tor network’s strengths to provide MAPs with free peer and professional support that is anonymous and resilient against censorship, the long-term effects of the project will be to produce a measurable reduction in the rates of child sexual abuse among the target population.

Shutting down the Tor network is the wrong solution to addressing the social problems that we find there. Doing so will only empower abusers who congregate in dark corners, and isolate those who oppose abuse. The fact that some child protection groups are resorting to this extreme proposal is a disturbing illustration of their myopic view that censoring abuse is more important than preventing it. Their campaign against secure messaging on Facebook is a step towards this ultimate goal—that there should be no place left on the Internet that is free of government censorship. The Tor network stands against that, and so do we.

If you have encountered illegal content involving minors online, you can learn how to report it here.

Donate to help us stop abuse on the Tor network!