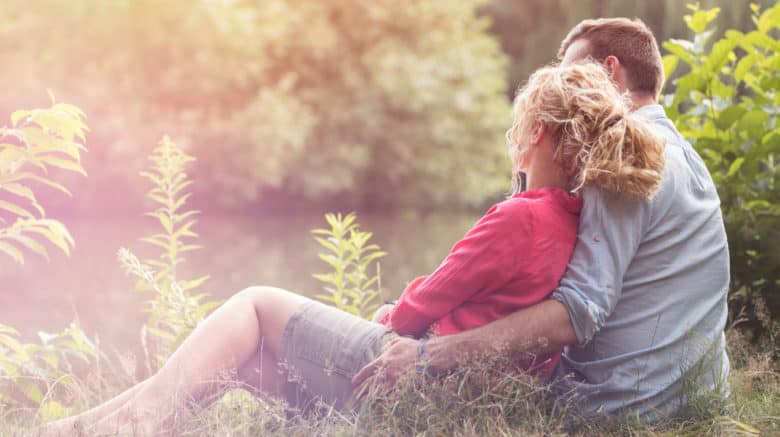 There’s a lot about minor attraction that you don’t know. I (who wish to remain anonymous) feel pretty confident about that because, until recently, there was a lot about minor attraction I didn’t know, even though generally speaking, I know more than the average person about alternative or divergent sexualities. Some of what I’ve learned by being a MAP’s partner has indeed been disturbing. However, more importantly, I’ve learned a lot that gives me hope about the future of CSA prevention.

Thanks to concepts like guilt by association, you will probably not put any more stock in what I have to say than you would if this was written by those I seek to shed some light on. This is my perhaps naive attempt to humanize some members of society who are condemned and demonized for their very existence and, all too often, no other reason.

But I’m not writing this because I want you to think better of them. I’m doing so because my realization that people like my partner are human has given me a clearer perspective on what could drive them towards abuse, and what has kept my partner from doing that. There are important lessons to be learned here for those of us who believe, as I now do, that prevention is possible.

My partner is a MAP. More specifically, his primary age of attraction range is around 11-15. In less humanizing terms, this makes him a hebephile. Just as no one person can be distilled to just one character trait, no relationship can truly be distilled to just one element. It sounds strange to the average person on the street, but my partner’s attraction is more of a footnote in our lives than a feature we spend much time on.

We have jobs, families, hobbies, struggles, chores—you know, all the normal stuff. We present as pretty boring and mainstream. There is nothing to outwardly suggest that anything about my partner or our relationship is any different than anyone else you might pass holding hands. And, effectively, there isn’t anything that different about us.

You see, my partner is an anti-contact, non-offending minor attracted person. Please allow me to break down what that means. The words you are no doubt used to hearing in reference to minor attraction are pedophile, pedophilia, and for a bit of color, pedo. There are a number of reasons why an individual may identify the way they do, but the terms “minor-attracted person”, “MAP”, or “person with minor attraction” are being increasingly adopted because they are more accurate when used to refer to people who may be attracted to teens rather than to prepubescent children, and also because they don’t carry the same connotation that the individual is an active abuser.

Being anti-contact means being opposed to the concept that sex between adults and children could ever be acceptable, and being non-offending means what it sounds like—and it includes abstaining from the use of child abuse images, which are also unacceptable.

What about the ick factor?

It’s important to be truthful, and the truth is that sometimes my partner discusses things with me that I find uncomfortable to contemplate. I love children, and the things I’ve had to consider since beginning this relationship have, at times, been extremely disturbing. He has attractions that I find hard to process and that are unlawful to act on.

I believe strongly in honesty in a relationship. Despite how tough a pill it can be too swallow, I appreciate that my MAP partner trusts me enough to have come out to me, and I do my best to remain open to his thoughts, concerns, and confessions. Thankfully, nothing I know about him has ever given me cause to worry about his past or future actions, but I am the kind of person who would report anyone if I needed to protect a child.

Maintaining an openness and freedom of communication between us has allowed him to be very informative about his attractions and what it’s like for himself and other MAPs. I have learned a great deal that actually makes me feel a lot better and highlights parts of the MAP community as an untapped fount of allies.

What you can learn

When we communicate, we learn. Knowing about my partner’s attractions and struggles allows me to offer him support, and it allows him to seek it elsewhere when needed. You see, the average person who experiences minor attraction is not the evil cartoon character we make them out to be. Many—probably most—do not embrace their attraction and have no interest in harming children. In some cases, this is so much so that the MAP chooses to remain celibate.

Stigma is a problem

Based on what I’ve seen, stigma feels like one of the biggest reasons that some people with minor attraction end up offending. If you knew you’d be hated just for admitting who you are, would you admit who you are and look for help? I wouldn’t. Unfortunately, lack of help and support is what puts people in desperate situations they don’t know how to handle on their own.

If you live in the dark, without support, knowing people will hate and abuse you—even tell you that you don’t belong as part of humanity and that you should be dead—you’re going to feel like you have no options, no life to speak of. If you were told there was no way out, no way to deal with the attraction in a safe way using sexual surrogacy and fiction, you too might feel you had no choice but to be the monster everyone says you are.

Being a MAP’s partner is like being the partner of anyone else with different attractions. We are both bi, but I like a different type than he does. I personally have fetishes that, although they don’t involve anyone who can’t consent, do involve consensual non-consent, which a lot of people find abhorrent. He’ll never act on his attraction because we’ve established consent as major tenet of both our lives.

Every relationship has some hurdles to work around—and some hurdles are larger than others. This hurdle is not all that difficult.

If you are also the partner of a MAP and would like information about a peer support group that is for partners of MAPs (of any gender), please contact us for more information.