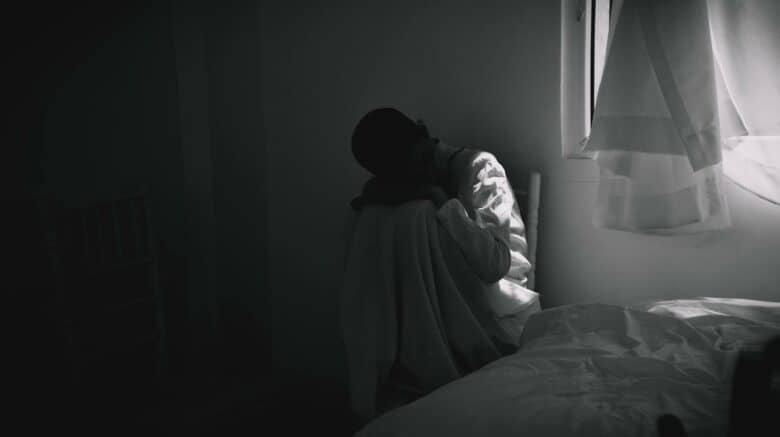 The foster system is supposed to provide safety and protection to kids that can’t get that anywhere else. Yet, when I was in the system myself, I learned that this is not the case. The system might help some kids and give them safety and protection, but it is very common that it fails to do this. To give one example, there was one group home that I stayed in where a 19 year old girl shared a room with an 11 year old girl and it turned out the older girl molested the younger one regularly. But that was just one sign of deeper issues with this home. Before that came to light, we used to have no food, and one time there had been a donation for Christmas and the staff started promising us things. As Christmas got closer, they started to make a lot of excuses about where the money went, like spending it on renovations. They wanted a profit, not happy and healthy kids, and from my experience this seems to be common. That home eventually got shut down.

This is just a symptom of a bigger problem: the whole system is corrupt and a lot of kids are hurt by it in different ways. The people who work in the group homes don’t seem to care too much about the kids they work with. The kids who end up in the system are already broken and hurt. They should be cared for, protected and loved in the place where they end up but often they are just being used for different things. I remember a staff member telling me once, ”I don’t care. I get to go home at the end of the day.” I got so upset by her attitude that we actually ended up in a fist fight. Another staff member once bought me alcohol for my birthday when I turned sixteen or fifteen. When we were about to drink, she called the cops on us with the explanation, “Y’all were drinking!”

Another thing that happened frequently was that people would come to the homes to pick a fight with someone who stayed there, or as they would say, “handle you”. The people that worked in the home wouldn’t care about it and often did nothing, even if people came inside. It’s like the staff were really just there to get paid and then go home. I once stayed in a home where they wouldn’t give you your allowance unless you gave sexual favors to the guy in charge. If you were his pet, you would get your allowance and if not, you would just get only a small part of your money. I was a bit of a tomboy growing up and always stood my ground. That meant I would get like five dollars or something. As this kind of thing happens, as a foster kid, you turn to your social worker. But that doesn’t always work either. During my years in the system, I had a lot of social workers who handled my case but out of all of them there was only one that seemed to care. The rest of them would make things up about me and even lie about what I had done. My lawyer, who I am still close with, had to fight for me in court because my social workers would make up stories.

When I grew up, I was very sheltered and had not walked home from school on my own, so when I got to my first foster home, I wasn’t really used to their ways. I was kind of awkward and would ask permission to go to the bathroom. They were often angry at me and called me autistic, so I would leave by just walking out. Some homes didn’t even notice that I was gone, or they might have noticed but they didn’t care. I could be gone for two weeks, and no one would come looking for me. As a foster kid, when you want to change to another foster home, you get the answer, “You gotta wait”. Running away from the places where you were unhappy would sometimes seem to be the only solution.

In total, I have stayed in about 36 different foster homes and group homes. There was one good one. One. The others were horrible.

When people find out you are a foster kid, they don’t want you around. I had friends outside of the system when I was a teenager but, as soon as their parents found out that I was in the foster system, they didn’t want me around. When I ran away from my foster homes, I had nowhere to go much of the time. Sometimes I would go to a relative or my mom’s house, if she was out of jail. I wasn’t welcome in my friend’s houses because their parents would ask, “You ran away? You can’t be here!” Often I would sleep outside, in a park or something when I had nowhere to go. That was just in-between places. In total, I have stayed in about 36 different foster homes and group homes. There was one good one. One. The others were horrible.

The system has a poor plan for the people who age out. When you turn eighteen, you are pretty much on your own. Many foster kids fear the day they age out because most of them have nowhere to go when they are not welcome in the foster home anymore. There are housing programs that are supposed to help, but they can’t help everyone so they end up choosing who they want to help. There’s also a program called First Place that is supposed to help you get on your feet when you age out, but the program didn’t help me at all. I was just told that I was too old and that I had to fend for myself. Being in the system was bad, but aging out was even worse. It was horrible.

Because you don’t get the right support when you age out of foster care, a lot of the people that grew up in the system end up as criminals or sex workers. I myself was forced into survival sex working when I turned 18 because I wasn’t getting the financial support that I needed. When the people you’re supposed to turn to for help and support fails you, you don’t really have a choice.

When I aged out, I found out that I had a trust fund that I didn’t even know about. To get to that money, I had to fight a lot for my own rights. Eventually, after calling everyone and going over people’s heads, they signed the trust fund over to me. It felt to me as though they were sick of me. No one helped me or supported me.

When you have grown up in the foster care system, you sometimes lack the basic everyday skills you need to survive and be successful. Everyday skills like handling money, doing laundry, cooking and cleaning can be a challenge. In a typical home setting, this is something you’re taught by your parents, but the foster system does not teach you basic survival skills and the tools you need to keep safe. That is also something you have to figure out on your own when you age out.

There are many different reasons why you end up in the system; sometimes it’s for good reasons and sometimes adults do not have good intentions. I met a lot of kids in the group homes that I stayed in that had good parents, who wanted to take care of them and did their best to do so. The kids got taken away because they were struggling financially, or for some other insignificant reason beyond the parents’ control. The system doesn’t make it easy for the parents to get back custody of their children. My dad tried to get custody of me, but he just got the answer, “No, you have a record”. The parents should definitely have some rights when it comes to the care of their own children and there should be a good, functional support plan for the parents to get their life back on track and then get their kids back. The system doesn’t just fail the kids. It fails the parents too.

The foster system could be improved in so many ways, but here are three main things those in charge should focus on.

First, not anyone should be able to get a job in a group home. They should be picky about who works there and make sure that the people working there really care about the kids who stay there. These employees need the proper training as well. That is really important for the kids to feel loved and to feel safe and be happy.

Second, the goal should always be to get the kids back to their parents. The system should support the parents as well as the kids, with the primary objective to place the kid back in the home and with the parents as soon as it’s safe to do so.

Last, there should be a better system to support the kids who have aged out. Though some life skills classes are offered, they don’t teach enough about managing money, for example. The allowance you get when you age out is spent quickly when you don’t have the skills to manage money.

If these things were to be improved, the system might work better and fewer people would be scarred from their experiences in the system. What I went through when I was young will always affect who I am and I will always carry that experience with me. It is something I don’t wish for anyone else.