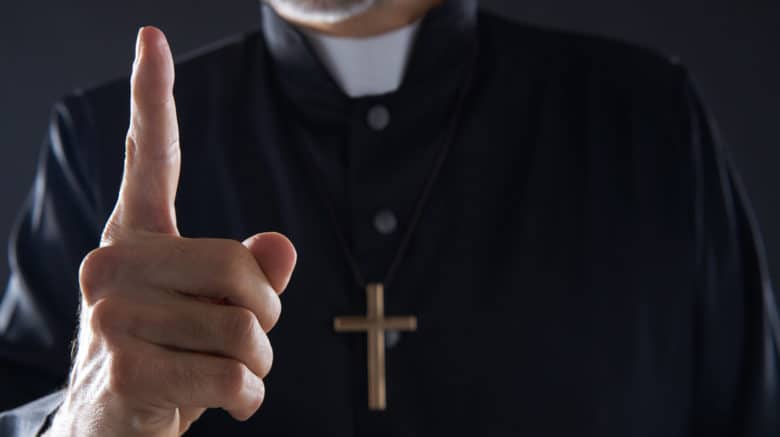 A recent groundbreaking six-part article in the Houston Chronicle exposed the dark secret of a culture in many Southern Baptist churches—that of staff and volunteers who have perpetrated sexual abuse on parishioners of various ages. The following storm of criticism (the majority of which is more than appropriate) has caused the SBC to look at its culture and why protecting its image as a denomination may have outweighed its call to do the right thing: protect and defend its most vulnerable. People need to ask for help.

In many ways, the inability to ask for help is something clergy deal with each day, regardless of their particular struggles. For those who wrestle with sexual issues—pornography use, compulsive sexual encounters, affairs, fantasy, sexual identity, and the shame which comes from being a minor-attracted person (MAP)—the barriers which prevent getting help are numerous and seemingly insurmountable. While I cannot address them all in the limited space available, I can point to the most common barriers many clergy must face before asking for help.

Barriers to asking for help

Most barriers fall into two categories: internal and external.

An internal barrier is any personal belief, thought, or emotion that limits a person’s ability to be honest with themselves and others.

External barriers are communal and come from ideas, structures, theology that have been institutionalized within the framework of that clergy’s faith community.

Common to both types of barriers is the theology around sex many denominations and churches embrace. Simply put, most sexual activity outside a heterosexual marriage is considered sinful and requires repentance. The clergy person’s theology is at war with his or her biology. Because of this belief system, there is an inherent bias against a clergy person who struggles with sexual compulsion or behavior, or who holds a different view of human sexuality.

Whom could they ask for help? Whom could a clergy person tell about his or her struggle with pornography? Where could they go to let someone know that no amount of prayer, fasting, or passionate preaching can curb the pressing attraction to a 16-year-old in the congregation? What does the clergywoman do about the life-long reality that she is lesbian and her denomination teaches that she is an abomination?

Sex, lies and the Church

For most clergy, the idea of getting help for issues around their sexuality is tempered with a need to manage their image, secure their paycheck, and not lose the respect and love of their family, friends and congregation. It is just not in their financial or relational best interest to reach out and get help.

An entire culture of denial becomes institutionalized as a result of the communal ownership of this ideology. A local pastor cannot express failure or temptation, or even question the group mindset, because of institutional bias that equates the subject with sinful behavior while ignoring its biological reality. The culture becomes sickly entrenched in the belief of sinless perfection, a misunderstanding of grace, and an unhealthily view of human sexuality.

Regrettably, the only solution involves a reformation of the Christian sexual ethic within the clergy person’s denomination (or their own personal sexual ethic), a solution which is unpalatable because it “feels” like the equivalent of the kiss delivered by Judas to Jesus before his crucifixion. The failure to address the reality and extent of the faulty theology at work creates results that are evident to even most dimmed-eyed observer: the ongoing failure of the Catholic Church to properly accept responsibility for its atrocities; the Methodist Church division over the role LGBTQ+ people should have in her fellowship; prominent evangelical pastors who are exposed as serial narcissists and sexual perpetrators, preying on secretaries and congregants alike.

In the wake of this lie the broken lives of real people.

Current “solutions” do not work

All the while, the church tightens its grip on its theology around human sexuality. The entrenched mindset is to double-down, blame those who have fallen for not loving Jesus enough, blame the victim, blame the devil and his demons, thereby denying responsibility. Unfortunately, this behavior and thinking ignores the problem, as it requires a stubborn enforcement of its sexual ethics.

The church needs to allow people to ask for help.

In recovery circles, repeating the same thinking processes and behaviors while expecting a different result is the definition of insanity. Yet it is only matter of time before the cycle repeats itself over and over again.

For many clergy and lay leaders, it takes exposure before they get help. Secretaries find the pictures on the laptop, a spouse discovers the text messages to the affair partner, a victim involves the police, or the IT guy at church finds the gay hook-up app. For many of those in public ministry, pain is what shocks them into the reality that sexuality is energy and it will need an outlet. God, in God’s love for us, exposes us and forces us to ask for help.

What if there was a different path?

Institutional change is difficult, especially when the institution in question believes it is chosen by the Almighty. However, there are ways to promote change that could help create a safe space for the pastor who is struggling or questioning his or her views on sexuality.

Embracing these changes would create a sexual reformation.

My friends in recovery from sexual compulsion (as some professionals are now defining “addiction”) need such a reformation. In almost every story I hear, the church plays a huge role in the origin of their addiction. My friends who are recovering from spiritual abuse because of their time in conservative churches need such a rebellion as well. They have finally had enough of being manipulated into the support of a theology that has damaged them and those they love. The pastor needs to know they are not alone, that many others struggle with the same issues. The cycle of isolation needs to be broken. If there is anything diabolical in this mess, it is the lie tells people in positions of trust: “You are not like anyone else.” In order to respect the dignity of the potential victims in their congregation, the pastor who has yet to become an offender must value both their own sanity and freedom above their need to protect their ego and power. Congregations need it as pew after pew is occupied with people—honest to God human beings—who are suffering in shame because they do not fit into the mold preached from the pulpit but rarely lived out Monday through Saturday by clergy.

Break free of the rules

This reformation does not offer a list of rules to follow. While people from strict conservative backgrounds may be concerned with this, I am not. I think a healthy, spiritual (not religious) sexual ethic gives us the tracks in which we may experience a conversation no one is having in the halls of evangelical and Roman Catholic circles. Nowhere does it promote wholesale sexual hedonism. It speaks with courageous honesty about these topics.

The Church has a problem with honesty

Honesty is the real problem religion has with this type of reformation.

Honesty about human sexuality, its natural development, the curiosity it brings, the sense of awe, wonder, power, validation, and intimacy. This new spiritual sexual ethic paints a portrait of a mysterious, sacred sexuality as diverse as those of us on planet Earth. This sexual ethic must allow us to draw our own conclusions while causing us to reason and test our theology.

On a personal note, I realized that my view on my sexuality was not working and was in need of revival about ten years ago. I was compelled to create a vision of wholeness—salvation—regarding my sexuality. As writer Pastrix Nadia Boltz-Weber writes in her book Shameless: A Sexual Reformation,

After all, the Greek word for salvation is sozo, which means, “to heal, bring wholeness, preserve. This is what God does. God heals fractured parts of ourselves back together into wholeness.

I needed that kind of salvation when it came to my sexuality. One that integrated my understanding of who I was in light of who God has created me to be. What I came up with was messy and imperfect but, by God, it is saturated with grace and entrenched in rigorous honesty. This is what I wrote:

I am a healthy, sane, and well-balanced gay man. I choose appropriate emotional and physical relationships based on mutual respect, honesty, expectations, and boundaries. I understand that sexual intimacy and emotional intimacy may be connected but are not necessarily the same thing. I listen to my body and acknowledge that my sexuality, when appropriately expressed with an appropriate partner, is a beautiful and powerful gift to be treasured. I no longer use pornography or casual sex as a way to numb myself when faced with painful experiences or internalized fears. I no longer experience guilt and/or shame over my sexual identity, power, or preference. I love who I am as a sexual being and am grateful for each facet I discover.

I have found freedom in this vision, and it has become the standard by which I judge my progress in my own recovery from sex addiction and the abusive religious teachings by which I was brainwashed. I am grateful for courageous people who promote a healthy spiritual sexuality, and it is my prayer that revival erupts in evangelical and Roman Catholic Churches around this vision of a sexual ethic that liberates and frees. How amazing would it be if our churches could promote sexuality that evokes courage, confidence, and hope, and decimates shame and fear?

This article contains parts of and revisions from numerous of Shane’s previous blogs on this topic. More information is available at his website lifecoachshane.com.